The name of this Istrian village was first mentioned in 1028 as Ayla, when it was submitted to the Patriarch of Aquileia. The whole coast was inhabited in Roman times, as evidenced by the remains of rustic villas, inscriptions, tombs, etc., and in the 6th century the first Christian basilica .In the 18th century it was abandoned for unknown reasons and came into the possession of the bishops of Novigrad who assigned it to the noble family Sabina.They built a fortress which, in the role of a castle, became the center of a large estate, but was later abandoned.

The wealthy Counts of Koper Grisoni received the palace in 1738, as the Savina family was left without heirs. Three branches of the Grisoni family lived in Koper, but only the family of Count Santa, the father of Francesco in question, survived until the end of the 18th century. The rich Grisons were for more than half a century one of the most influential nobles of Koper, who left the city of Koper and Istria a great wealth and a significant cultural trace. After taking over the estate, in 1835, after a personal tragedy, Franceso Grisoni vowed to the Benedictines and it became a monastery again. It was in their possession until 1948, and from then until 1989 it served as a nursing home and almshouse.

Today, this country complex is neglected, but in its basic elements a well-preserved architectural complex with a park, which is again owned by the church.

№217 in locations of Croatia

Choose what you want.
Most popular categories in the Dajla area.

Explore the place near Dajla 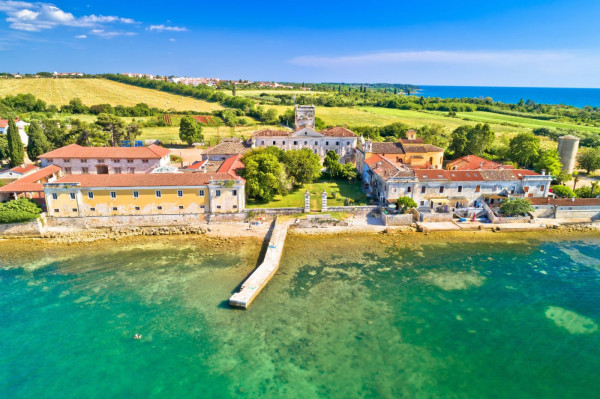 See all place 2 in Dajla on map

Dajla is one fun town. The locals are very cheerful, especially the owners of the family wineries. My boyfriend and I tasted Exotic wines in elegant wineries with a homely setting. The whole experience was exhilarating.

This town is just unrivaled in its beauty. I especially loved the beautiful beaches. Very nice to swim in and perfect shades under the tall trees nearby. I am visiting again soon.

The beaches were amazing and clean and the place was beautiful and comfortable. We had an spectaclar time at the beach with sunsets on sun beds and we took beautiful pictures.

My pals and I had a terrific time in this town. The paragliding is what I still vividly remember. The incredible views of the lush landscape and turquoise sea views are a memory I will never erase from my mind.

I had the chance of visiting a gift shop around the town and got my daughter a gift that was lovely and she loved it. I aslo could not miss getting myself one.

The nightlife in this town is just delightful. The vibrant bars and clubs are always teeming with revelers. I really enjoyed the fresh wines and expertly mixed cocktails. I partied here till the sunrise to groovy house music.

We went flying on the parawinch and enjoyed the view of the landscape of the place and the sea. Beautiful views and place to visit and be.
See more reviews
next
Show all reviews (13)
Log in to write review
Near destinations of Dajla