As the center of the municipality, this small coastal resort on the Dalmatian coast boasts a beautiful sandy and pebble beach. The sources mention it in 1070, and the time of the old Croats, today's area of ​​Marina was called Drid, and the place itself was called Bosiljna, which is mentioned in the 9th century as part of the Trogir community. When the danger of Turkish attack loomed at the end of the 15th century, Bishop Franjo Maracel issued an order in 1495 to build Kaštela, a unique defense system, consisting of a tower on the rocks in the sea and the fortress Citadel, which was on land. In the womb, visitors will find the church of St. John the Baptist on Brce Square. Built in the 16th century, as a single-nave building on a rectangular floor plan with a square apse, a pointed vault and covered with a pile of canals. Certainly worth mentioning is the church of St. Jakov, built after the danger from the Turks, also in the 16th century, where the first list of baptisms from 1583 is found. In addition to the notable architecture, near the Marina is the cave of St. Philip and James, along the old main road. In the cave you will find a chapel, which was visited by Emperor Franz Joseph I in 1891. Numerous objects were found in it, such as prehistoric knives, terrines, cups, glasses, Roman coins, heads on reliefs from late antiquity and the like.

№467 in Cities of Croatia

Choose what you want.
Most popular categories in the Gradic Marina area.
10

Explore the place near Gradic Marina 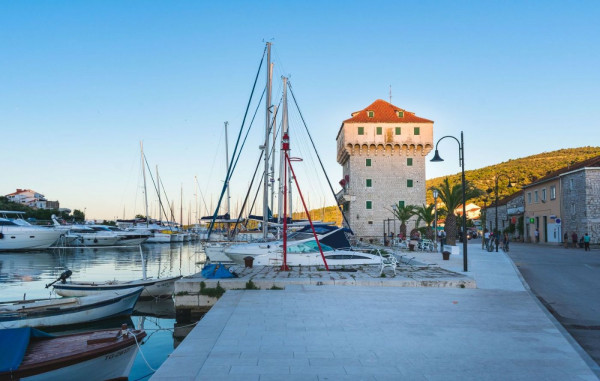 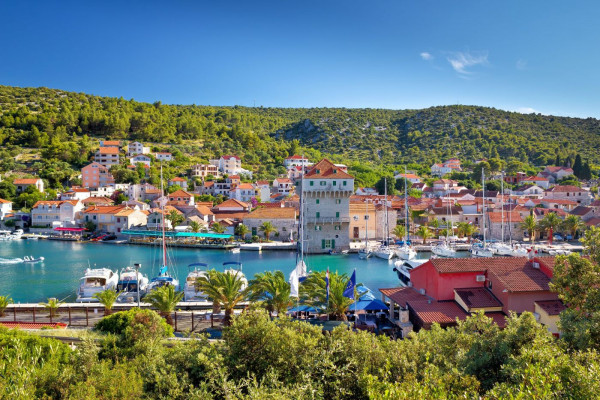 See all place 10 in Gradic Marina on map

My kids competed running on the sandy pebble beach a thing they enjoyed much. We toured the cave that inside houses a chapel that had interesting exhibitions to behold such as prehistoric knives, terrines, Roman coins etc. There is notable architecture that will leave one with a satisfied feeling of art and designs.

We came to this place for our summer holiday. I loved the slow life and the cool atmosphere. The fresh air around the beach was amazing. I took long walks into the pine forest where i loved listening to the chipping birds. My holiday was great.

I found this place rich in alot of historical structures that held a lot of things to be learned about. In addition to this the place in itself is near the sea with a beautiful beach and hence some beautiful sceneries.The best thing about visiting this place is the tour of the caves that host a chapel that held a good number of artefacts from the past.

very good!!!
Log in to write review
Near destinations of Gradic Marina